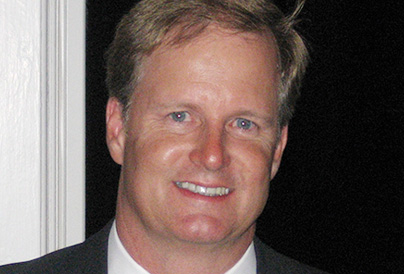 Brig Jones is the leader of Gaining Christ. Brig is an ordained pastor who has served in Christian ministry for the past twenty years. He is a graduate from the University of Texas, BA in Economics. He earned his Master of Divinity in 2004 at Covenant Theological Seminary in St. Louis, serving as student president in his final year.

After his graduation from seminary, Brig entered full time Christian ministry. He has served domestically as a church evangelist and pastor. He has served internationally as the lead pastor of a congregation in Israel.

Prior to his calling into ministry, Brig worked in the financial business in Houston. He spent the majority of his career at Merrill Lynch as Senior Vice President of Investments.

During his early years in business, Brig’s faith was weak. He lacked deep knowledge of God. He cared more about business success and material gain than the spiritual riches of God. His identity and confidence centered around his performance. His contentment hinged largely on what others thought about him.

Fortunately, God is persistent. Over the next several years, God fervently worked on Brig’s heart. Through earnest study of God’s Word, the Lord opened Brig’s eyes widely to the immeasurable depth of God’s sovereign grace. God overwhelmed Brig by the truth of His eternal love. The results were powerful. Brig’s trust in Christ intensified dramatically. His knowledge of God deepened significantly. As well, he gained the true confidence, identity, satisfaction and purpose found only in the Lord Jesus Christ. It was in this process that God called Brig into full-time ministry.

In 2001, Brig left his career in business to begin graduate studies at Covenant Seminary. Today, Brig serves as ministry leader of Gaining Christ. Brig, his wife and their children live in St. Louis.